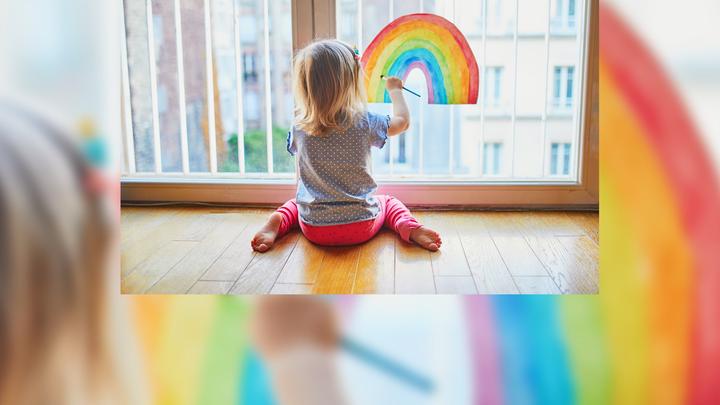 Inequalities among young children were rising in the UK before COVID-19, and the pandemic has only served to widen the gap further. But policymakers can turn the tide, argue Kitty Stewart and Mary Reader.

It is increasingly clear that the COVID-19 pandemic has not been a great leveller but has instead exacerbated existing inequalities, not least for children. Differences in finances, housing, and parents’ wider resources have meant school and nursery closures have had very different impacts on children in different households.

For the youngest children, this is no less true. Research tells us that access to high quality early education and care can make a lasting difference to child development, especially for children from more disadvantaged home circumstances. For some the loss of social and cognitive stimulation during the past year will have been particularly significant. Indeed, in January a record number of children in England were reported to have reached school age without basic skills, such as being able to put on a coat or respond to questions.

COVID-19 has widened inequalities and exposed lower-income households to increased economic risks The pandemic has also widened the underlying economic differences between households. In lower-income households parents have been more at risk of job losses or reduced hours, as well as more exposed, through employment or housing conditions, to the health risks of COVID-19. So economic disparities have increased, just when the early childhood services that help to buffer children from home disadvantages have been withdrawn – a double blow.

Childhood inequalities were growing before COVID-19 following a decade of failed government policy Our recent research shows that these effects of the pandemic are particularly worrying because they have come at a time when childhood inequalities were already rising in the UK, the reflection of a decade of failed government policy on early childhood. On the eve of the pandemic, child poverty was increasing sharply, particularly in families with a child under five. This is not just an issue of lack of employment: in households with a child under five where at least one parent works, relative poverty after housing costs increased from 23 per cent to 29 per cent between 2012/13 and 2018/19.

Meanwhile, inequalities in key indicators of early child development had also worsened significantly. The gap in low birthweight by social class increased between 2012 and 2018, while the infant mortality rate rose for three years in a row from 2014 to 2017 – the first time on record. In the Early Years Foundation Stage Profile, a measure of child development assessed by teachers at age five, the gap between children receiving free school meals and other children grew between 2017 and 2019. Childhood obesity measured at the same age had stagnated, while the social class gap had widened.

Cuts to social security support for families and to early childhood services have driven inequalities We identify two likely policy drivers of these trends. The first is sharp cuts in social security support for families with children as part of austerity measures under both the Coalition and Conservative Governments from 2010. Child-contingent cash benefits saw real cuts in every year from 2010-11, by 8 per cent between 2010-11 and 2014-15 and by a further 14 per cent between 2014-15 and 2018-19. This has not only driven up child poverty but is a likely contributor to the widening inequalities in measures of child health and wider development. There is very clear evidence that family income is causally associated with children’s outcomes.

Second, there have been cuts in spending on the early childhood services targeted towards disadvantaged families. In particular, Sure Start children’s centres, popular local hubs providing health advice, parenting support and opportunities for play and learning, experienced devastating cuts totalling 70 per cent between 2010-11 and 2018-19. While some other areas of early years spending have increased, these have focused on expanding free or subsidised childcare for working parents, thereby excluding the most disadvantaged.

Focus policy on the early childhood years to reduce childhood inequalities The story is dispiriting. And yet at the same time the link between policy and outcomes gives us reason for encouragement. It underlines that these key aspects of children’s lives are influenced by policy action – and if they can be made worse, they can also be improved. Our earlier work, which examined the record of the Labour Government in relation to early childhood, supports this conclusion.

Between 1997 and 2010 we observed substantial investment in early childhood. Spending on services grew four-fold, enabling the establishment of Sure Start, free part-time early education for all three- and four-year-olds, and investments in childcare quality. Spending on child-contingent cash transfers doubled, and there were new policies aimed specifically at increasing financial security in the early years, including new grants during pregnancy, more generous maternity leave and a Baby Tax Credit.

Early childhood is a vital life stage that can shape a child’s later path through life. Recent UK history tells us that inequalities between young children are not simply inevitable, but are responsive to policy influence. Political priorities are therefore crucial. As we emerge from the pandemic and look to the future, this is a vital message for policymakers not only in the UK, but across the globe.

This article was originally published by LSE Research for the World Magazine on 4 May 2021: https://bit.ly/3thghCu

Dr Kitty Stewart is Associate Professor of Social Policy and Associate Director of the Centre for Analysis of Social Exclusion (CASE) at LSE. Kitty’s recent research focuses primarily on the causes and consequences of child poverty, the relationship between income and wider outcomes, and policy for young children.

Mary Reader is a Research Officer at the Centre for Analysis of Social Exclusion (CASE) at LSE. Her current research interests include: child poverty and disadvantage; social security and welfare reform; early childhood; education and health inequalities; and the politics of gender, race and migration within the context of the welfare state change.