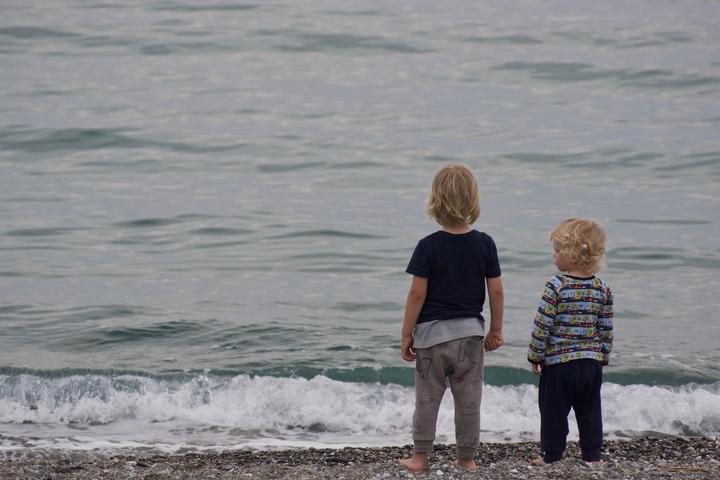 The inadequate free school meals packages demonstrated that school-age children have all too often been considered an afterthought in the UK’s response to the Covid-19 pandemic.

But younger children of pre-school age have been forgotten altogether. Our London School of Economics research, published today, shows that this is nothing new. Even prior to the pandemic, child poverty and inequalities among young children had risen under successive Conservative governments since 2015.

Meanwhile, inequalities in key measures of early child development have widened. In the Early Years Foundation Stage Profile, the gap between children on free school meals and other children grew between 2017 and 2019, following a decade in which the gap narrowed steadily.

The social class gap in low birthweight has also been rising since 2012 after falling significantly during the Labour years; all progress made since 2005 has now been reversed. The overall infant mortality rate rose for three years in a row from 2014 to 2017 – the first time on record.

What is perhaps most striking about these developments is the change in trend. Improving outcomes and narrowing gaps is possible – but it takes investment and policy attention. The sustained investment in early childhood of the first decade of the century reaped rewards, but this progress is being rapidly undone.

The pandemic will only exacerbate these trends for young children. Recent research found that a record number of children were starting school without basic skills such as being able to put on a coat or respond to questions. Differences between families in income levels, space at home, and parents’ time and capacity made for huge disparities in young children’s experience of lockdown.

Yet pre-school children have been all but invisible in the government’s Covid response. Vagueness on lockdown rules and funding for nurseries have frequently left headteachers and parents scrambling for information. The extra challenges facing households with very small children were ignored for months: it took until December to allow families with a baby to form a support bubble, even when restaurants and shopping centres remained open.

Support through the benefit system has also been inadequate. The £20 uplift in Universal Credit has been a vital help to many, but it is a flat rate per family, the same for a couple and a family of five. Meanwhile, the pernicious “two child limit” and the benefit cap remain in place. The two-child limit restricts benefits to two children in a family, while the benefit cap arbitrarily sets a limit on the support out-of-work families can receive in benefits; both disproportionately affect larger families and those with young children. Some of the most vulnerable households, including some of the youngest children, are therefore receiving much less support during the pandemic than they need.

During the period we focus on in our research, there were some positive policy developments for young children. But they were targeted at working parents only, thereby neglecting the most disadvantaged children. Free early education places were extended from 15 to 30 hours for three- and four-year-olds with working parents. Childcare affordability – a measure on which the UK traditionally ranks poorly in international comparisons – improved as a result. Maternal employment also increased: among mothers whose youngest child was in this age group, the share in paid work rose from 61 per cent to 70 per cent in four years, after a decade and more of little change.

But by focusing on getting parents into work, the overall policy landscape since 2015 has treated young children as a burden to be provided for so parents can work, rather than as small humans whose experiences and interactions will shape their later lives.

And alongside investment in affordable childcare, there have been cutbacks in provision focused on child development and on narrowing gaps between children from different backgrounds. Overall spending on young children fell between 2015 and the eve of the pandemic. Sure Start children’s centres experienced devastating cuts – their funding fell by 43 per cent in the four years to 2019, on top of 48 per cent in the previous five years under the coalition.

There was little to no investment in staff qualifications, pay and conditions. Funding changes have expanded the private sector and present an existential threat to state nursery schools, even though the latter have more qualified staff and provide better quality provision. And households with young children, whether in or out of work, were hit the hardest by successive rounds of benefit cuts. The impact of these policies will snowball during the pandemic.

Early childhood is a vital life stage, and a brief one. Yet both before and during the pandemic the government has let young children down. Unless we act to change this, the repercussions will be felt for generations to come.

This article was published in The Independent on 1 February 2021: https://bit.ly/3mUOUwx

Mary Reader is a research officer at CASE