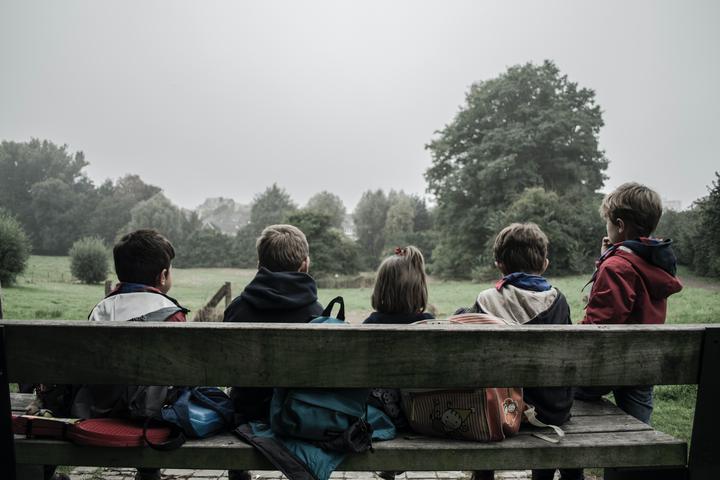 The long list of cuts made to social security benefits in the years after the 2010 election were justified by one purpose: to save money. But one cut in particular was about much more than that. The introduction of a two-child cap on benefits meant that anyone with a larger family would have to manage without the support of child tax credit or universal credit for a third or subsequent children. “Quite simply, we have been encouraging working-age people to have children and not work, when we should be enabling working-age people to work and have children. So it’s time we asked some serious questions about the signals we send out through the benefits system,” David Cameron said of the policy in 2012.

In other words, the supposed “generosity” of the benefit system encouraged families on a low income to have more children, knowing that they would receive financial support for each additional child. Claims that families were “milking” the system were common at the time. And so, when George Osborne announced the limit in 2015, he said that the aim was “to ensure that families in receipt of benefits faced the same financial choices about having children as those supporting themselves solely in work”.

But our new research, funded by Nuffield and published today, on the fifth anniversary of the introduction of the limit, shows that this logic does not hold up. The two-child limit hasn’t discouraged poorer families from having children; it has simply made families poorer.

Using government birth records, we investigated whether the two-child limit reduced fertility among families on benefits who already had two or more children, compared with those who were not directly affected by the policy. We found that the fertility impacts of the policy were remarkably small: a reduction in annual births of just under 6,000 a year (less than 1% of total births) and a reduction in the fertility rates of those affected of about 5%.

We had expected larger effects: previous research showed that benefit increases during the 2000s had substantial positive effects on fertility (approximately three times larger than our estimates). Our research suggests that doing the reverse – cutting benefits – has a relatively small effect on fertility. Why?

Lack of information is one reason. Qualitative research by our sister project Benefit Changes and Larger Families indicates that knowledge about the two-child limit among those affected by it is low. Half of participants were unaware of the policy before having their third child. This is hardly surprising: the benefits system is notoriously difficult to understand in the UK, even for experts. Laura, a mum of three from London, didn’t know about the two-child limit. She called up the Department for Work and Pensions after she gave birth and they told her she wouldn’t receive any support for her baby. “I was just so shocked,” she said.

But another reason is more fundamental: the decision to have a child is a deeply personal one, and isn’t explained by financial constraints alone. Typically, people’s fertility preferences are relatively “sticky”. If your preferred number of children is two, you are unlikely to have a third child in order to receive more benefits: the cost of raising a child vastly outweighs any potential gain.

In other words, increasing financial support may enable parents to have the children they already want, but decreasing it doesn’t necessarily prevent them from following through on decisions they have already made. This is particularly likely at a time of low fertility when, as now, on average people want more children than they have.

So the two-child limit appears to be failing on its own terms: it isn’t really reducing fertility. In many ways that’s a good thing: attempting to curtail people’s fertility by punishing them for having more children is problematic for all sorts of ethical and economic reasons, particularly given the fact that fertility rates are already well below the level needed to sustain the population.

But it is concerning from another crucial angle: child poverty. If you introduce a policy that cuts the benefits of low-income families with children – but doesn’t make them less likely to have kids – then, as a simple matter of arithmetic and logic, the result will be an increase in child poverty.

And that’s precisely what is happening: child poverty among larger families (those with three or more children) has been rising sharply since 2013 and 2014. In fact, almost all of the recent rise in child poverty is explained by its growth among larger families. Our research suggests that the two-child limit will make things much worse. Already, 308,520 low-income families (with over 1 million children) are losing £55 a week a child due to this policy.

We know that this is having dire consequences for children, who despite the best efforts of their parents often feel the effects of reductions in income. The evidence is clear: income and poverty have a direct causal effect on children’s development, educational attainment and health, and not just in the short term but over the entire life course.

Restricting children’s benefits at two children also has worrying implications for our society. No other country in the world caps children’s benefits at the second child. What are we saying about children who, by biological accident, are born third in a family? Every child needs supporting – regardless of when they are born or how large their family is. It is about time the government recognised that.

Mary Reader is a research officer at the London School of Economics. Jonathan Portes is a professor of economics and public policy at King’s College London. The research was funded by the Nuffield Foundation

This article was originally published by The Guardian on 6 April 2022: https://www.theguardian.com/commentisfree/2022/apr/06/george-osborne-two-child-benefit-cap-britain-poorest-children